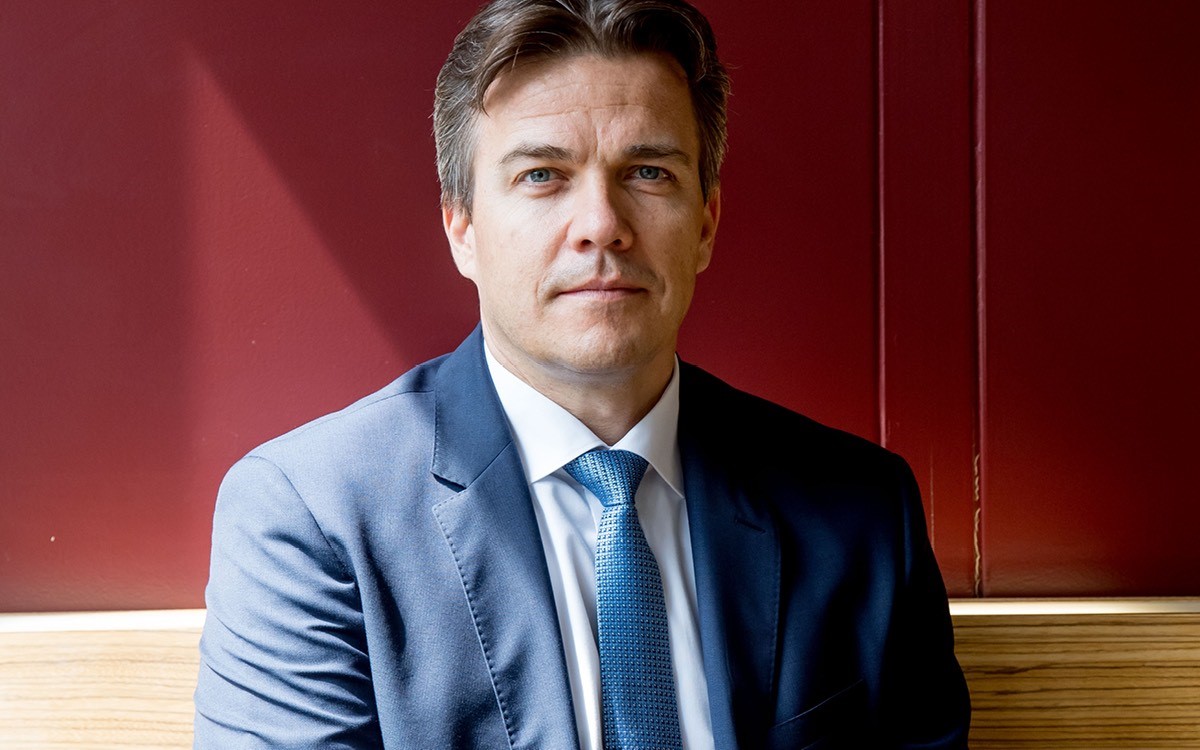 Investment Strategist Thomas Wille talks about the corona crisis and the medium-term consequences thereof for investors.

Thomas Wille, how would you classify the events in financial markets since the beginning of the corona crisis?
In retrospect, three phases can be identified: during the first phase, so before 20 February, coronavirus became an increasingly important topic of public debate, without the stock exchanges taking any notice. In phase two – very suddenly, but not unexpectedly – there was a worldwide crash on the stock markets with losses sometimes exceeding 30 percent. However, the decline affected not only the stock markets but – and this is unusual – also the bond markets. A brief, classic liquidity bottleneck emerged due to the enormous leverage in the system. In other words, investors had to liquidate their holdings. During the third phase, markets recovered almost as quickly as they declined, and some indices even reached new record highs.

So it’s almost as if nothing happened?
On the contrary, a lot happened. We experienced an unprecedented worldwide flood of money. After ten years of expansive monetary policy, the central banks once again quickly created massive amounts of liquidity to an extent that eclipsed the quantitative easing programs during the financial crisis and the euro crisis, both in terms of the amount and the intensity. Governments also responded to the crisis. They introduced very expansive fiscal policies, something that was last seen 80 years ago, during the Second World War. This liquidity initially supported the financial markets and calmed jittery investors. But unfortunately, this is not necessarily a positive development in the medium to long term, as it has further increased the imbalance between the real economy and the financial economy. The high level of liquidity also means that a reversal in interest rates will not be in sight for some time to come and that, due to the maneuverability of this liquidity, market volatility is likely to further increase in both directions. Price crashes could be triggered, for example, by risks associated with the pandemic, which is still far from being under control, or the ongoing, smoldering trade war between the US and China.

What does this mean for investors?
Investors should focus more on quality and robust business models. Especially due to the fact that public funds have been allocated in a rather undifferentiated manner – among others, they have gone to companies and sectors that were already exhibiting structural weaknesses before the corona pandemic, meaning that from a macroeconomic perspective, it makes little sense to support them. As a result, the necessary structural correction has been delayed. In the medium term, a number of these companies will face major difficulties, which will result in losses for investors.

I would say that as a general rule, and especially in these turbulent times, the most important thing is probably for investors to stick to the investment strategy they have defined. In the worst case scenario, people who sold everything during the crash and jumped back on the bandwagon during the recovery not only paid high transaction fees, but also suffered large price declines. In contrast, those who kept their nerve and perhaps even bought equities when prices were falling, for example in order to restore the equity component in their portfolio to the level defined in their investment strategy, were actually able to benefit from the volatility. However, this requires a systematic approach and strict discipline.

In order to be able to buy, you need liquidity. Given the continued high volatility in financial markets, do you recommend that investors have a correspondingly high cash component in their portfolios?
Yes and no. Having a flexible cash reserve does, of course, make sense. But the emphasis here is on “flexible”. Keeping a portfolio’s cash component permanently high, simply because investors think they won’t make any losses on it, makes little sense. Firstly, this is because private investors are also increasingly paying negative interest and fees on their cash holdings. Secondly – and this is the really important point – the long-term opportunity costs of not investing in rising financial markets are simply too high. In other words, cash reserves make sense if they are used flexibly to access good opportunities to buy, for example during a sharp stock market downturn. By the same token, opportunities to sell and thus increase a portfolio’s liquidity again, should also be taken advantage of.

Because of the high volatility, some investors are deliberately trying to benefit from black swan events, or in other words, unpredictable stock market downturns. What is your view of this approach?
I don’t put much stock in it, for the same reason that I am against a permanently high cash component in  portfolios: the opportunity costs are simply too high. The investment strategies used in such cases generally involve gearing portfolios entirely to extreme events. Over the last 30 years, we have experienced perhaps five or six sharp stock market downturns during which this kind of strategy could really have made money. But anyone who has pursued that approach has now missed out on the biggest stock market upswing in history. In addition, this type oy strategy usually focuses on derivative instruments, which are not very transparent and require investors to continuously pay premiums.

Diversification is often seen as the best measure for absorbing high volatility in financial markets. Does this still hold true?
It depends on which level you look at. Within the asset classes, so for example for the equity component, being too broadly diversified can lead to an investor simply running with the pack and in the best case scenario, achieving an average return. Anyone who “buys the market” in this sense can just as easily invest passively in an index. However, I am convinced that at this level, it is possible to achieve an excess return in many markets through active management, or in other words, the targeted selection of securities. The situation is different for international diversification, and especially for diversification between different asset classes. When determining the allocation to equities, bonds, real estate, private equity, precious metals, cash and other investments, intelligent diversification can help to optimize the relationship between a portfolio’s expected risk and return. By intelligent, I don’t mean simply taking a mechanical approach, you also have to combine the various sources of risk and return in these asset classes in a targeted manner.

Highly valued stock and real estate markets, low yields on bonds and negative interest rates on cash: what should investors prepare for in the medium term?
We are in an unusually long upswing phase on the stock and bond markets. However, as long as the massive excess liquidity is not absorbed by the central banks, no longer-term bear markets are to be expected. Having said that, investors will have to learn to live with both minor and major price declines, or in other words, high volatility. Low or even negative interest rates are likely to persist for some time to come. We have been spoiled with strong returns thanks to years and years of booming stock markets. These are likely to become a thing of the past, meaning that similar returns will only be achieved by taking much higher risks. In the future, investors will have to increasingly focus on real capital preservation.

Thomas Wille holds a master’s degree in finance from the University of St. Gallen and has more than 20 years of experience as a fund manager and investment strategist. As Head Research and Strategy, he has been responsible for the investment strategy and the House View of the LGT private banks in Europe since 2016. 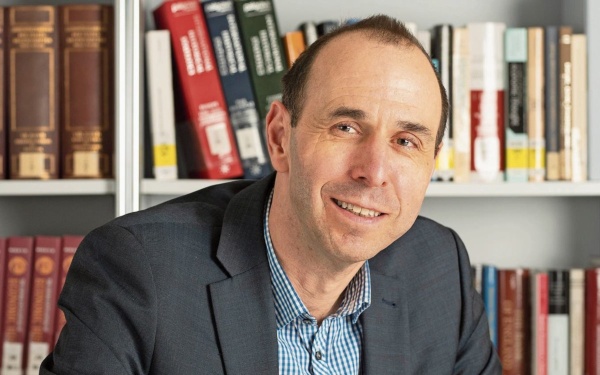 Portfolio strategies “In the end there are no winners, only losers” Nov 5, 2020

Investment research Hugely in demand for years and then suddenly they become hot potatoes? Sep 17, 2020 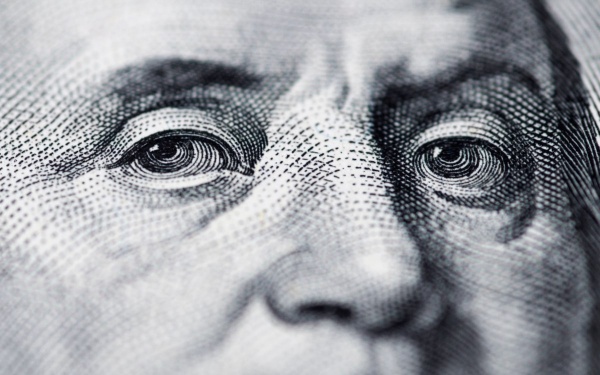 Global economy The end to the U.S. Dollar as a global reserve currency? Oct 9, 2020